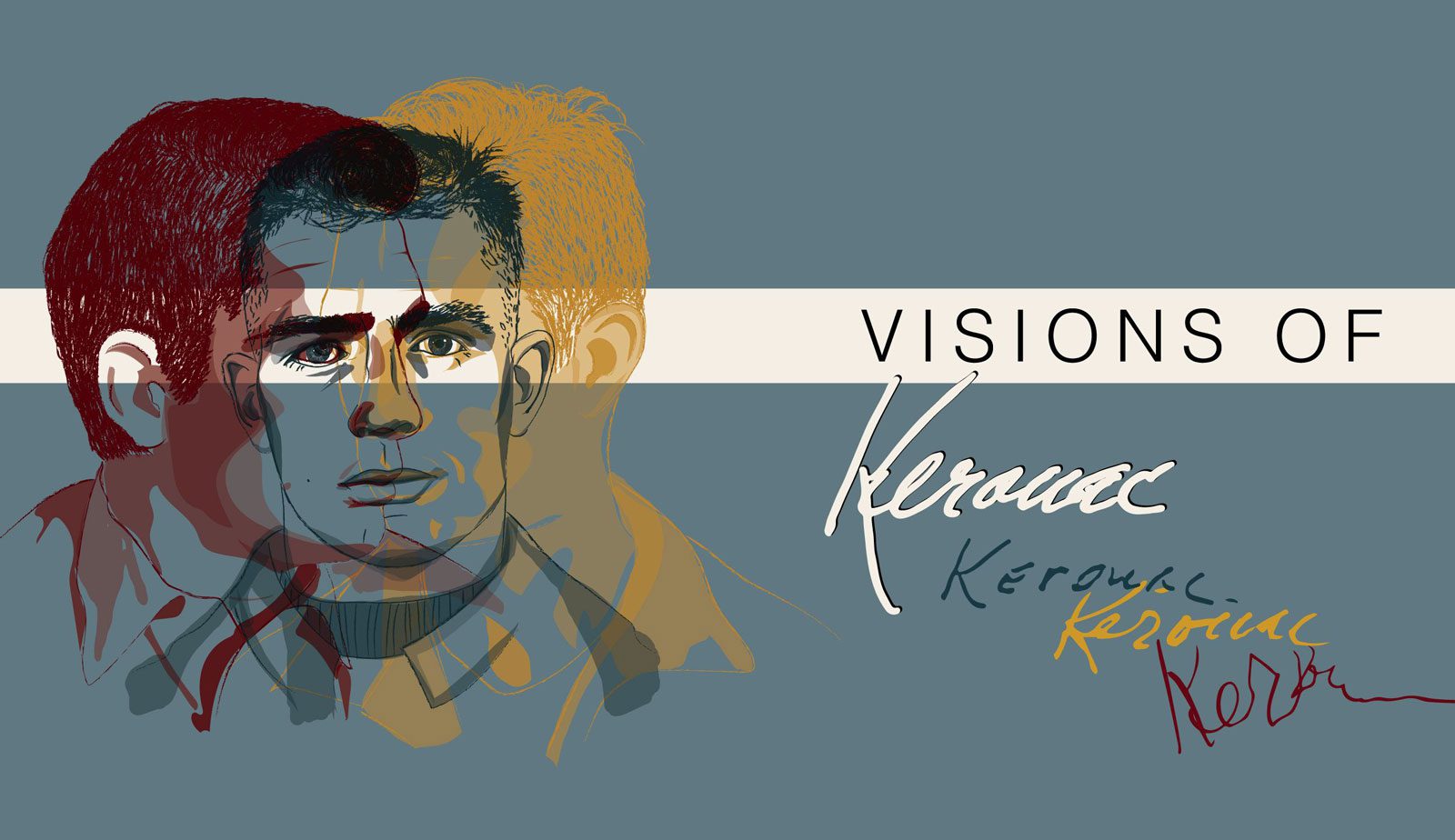 It is perhaps revealing to see Kerouac and some of his central subject matter from various perspectives. In the following three examples, Kerouac’s words are paired with other texts and commentary from his friends and his time. You might compare perspectives offered by these passage and leave a comment with your thoughts.

I. Accounts of the American road, published the same year — 1957

At dawn my bus was zooming across the Arizona desert—Indio, Blythe, Salome (where she danced); the great dry stretches leading to Mexican mountains in the south. Then we swung north to the Arizona mountains, Flagstaff, clifftowns. I had a book with me I stole from a Hollywood stall, “Le Grand Meaulnes” by Alain-Fournier, but I preferred reading the American landscape as we went along. Every bump, rise, and stretch in it mystified my longing.

from “Forward,” The Negro Traveler’s Greenbook (1957) [the “Greenbook” offered a listing of hotels and restaurants that would welcome African American travelers]:

Modern travel has given millions of people an opportunity to see the wonders of the world. Thousands and thousands of dollars are spent each year on various modes of transportation. Money spent in the this manner brings added revenue to tradesmen throughout the country.

The White traveler has had no difficulty in getting accommodations, but with the Negro it has been different. He, before the advent of a Negro travel guide, had to depend on word of mouth, and may times accommodations were not available.

Now things are different. The Negro traveler can depend on the “Green Book” for all the information he wants, and has a wide selection to choose from. Hence this guide has made travelling more popular, without encountering embarrassing situations.

II. Experiences of labor and identity in post-war America.

In an important section of On the Road, the novel’s narrator Sal Paradise (the character based on Kerouac) begins a tender and meaningful relationship with a “Mexican girl” named Terry. With her family and friends, Terry works as an agricultural laborer in California. Sal joins her in working in the fields for about two weeks before leaving her with some reluctance to return back East. Sal’s relationship with Terry constitutes one of his most intense bonds in the novel beyond those with his male friends.

Near the end of their time together in On the Road, Sal offers a picture of their life together:

Johnny [Terry’s young son] and I played all the time; he liked me to throw him up in the air and down in the bed. Terry sat mending clothes. I was a man of the earth, precisely as I had dreamed I would be, in Paterson [OtR’s stand-in for Lowell]. There was talk that Terry’s husband was back in Sabinal and out for me; I was ready for him. One night the Okies went mad in the roadhouse and tied a man to a tree and beat him to a pulp with sticks. I was asleep at the time and only heard about it. From then on I carried a big stick with me in the tent in case they got the idea we Mexicans were fouling up their trailer camp. They thought I was a Mexican, of course; and in a way I am.

Terry, whose real name was Beatrice Franco Kozera (1920-2013), was born in the United States and lived most of her life in California. She was of Mexican decent but an American citizen, not an immigrant, as Sal seems to imagine. In late 1947, Kozera wrote several letters to Jack Kerouac once he had returned to New York City. With special thanks to Beatrice Kozera’s family and estate, we present the first of those letters here:

My Dearest Loving Jackie,
(one in a million)

Hope that when you get this letter in your sweet, little hands, you will have arrived safely home. I bet your mom will be there waiting at the door with her arms ready to welcome you back. How I wish I were there also, next to her.

I missed you even before you said good by [sic]. You see I’ve never met anyone as sweet, an [sic] unspoiled before in my life.

Well, I’ll work very hard starting Monday. And I will save as much money as I can, then I will be able to come to see you and your lovely Mother for Christmas. I will bring you both a little gift. I hope you have that little x-mas tree by the window waiting. Jackie I bet you’ll be glad to see the frigidaire your mom has for you. Think! what all the things you can do with it. Ice cream anytime you want. Jackie I’m going to start picking Oct. 26, Sunday, that’s tomorrow morning at 10 cents a box – for the winery. And I promise you that I will save all the money I can. Because I really want to spend the Holidays in New York.

I close this letter now hoping to hear from you soon – give my regards to your mom. Although I don’t know her, I think she’s tops (I guess most mothers are).

With Love and best wishes I remain as ever – Bea Franco

III. Kerouac and Sexuality in the 1950s

In the below recording, Allen Ginsberg discusses Kerouac’s sexuality in the 1950s — when there was both a burgeoning homosexual culture in places like New York City but also when it still very dangerous to be hay  in a generally homophobic society. Ginsberg refuses to see Jack as accurately described by what has typically been called homosexuality. Rather, Ginsberg believes that Kerouac’s entire way of being in the world rejects such labels. Jack’s relations to the sphere of the erotic might be better described as “robust,” “open,” if a bit “rue[ful]” or guilty feeling, in Ginsberg’s view. Ginsberg seems to suggest that Jack’s sexuality belongs more to the kind of emotional and (sometimes) physical “comradeship” Walt Whitman described in the nineteenth century or to the new models of emotionally preceptive masculinity experimented with by Marlon Brando and others in the 1950s, more than it belongs to the avant garde of the gay liberation movement.

Kerouac’s writing about sex can be veiled and complex, but often a sense of homoerotic longing is apparent. From Visions of Cody about Neal Cassady (“Cody” in the novel):

OH THAT CODY DREAM, last night he was all attentive as he never really or only rarely is—in a suit, suits always look new on him, with hair wild and bushy not because uncombable but had been ruffled in the coffee drinking, gabbling-at-bars excitement of the broad crazy dark and dusty New York night—